This is the backside of the Copley Square fountain with Trinity Church and the Hancock Tower (now officially known as 200 Clarendon), two of Boston’s most famous buildings, in the background. The fountain marked the rededication of Copley Square on June 22nd, 1989, capping the Copley Square Centennial Committee’s renovation efforts beginning in 1983. Locals bustle by after work while tourists take in the famous urban park. The stage for the Boston Summer Arts Weekend is being set which would see the performances of Aaron Neville and Emmylou Harris. I was happy to see a few skateboarders make an entrance late in the shoot as they are regulars at the fountain in the summer – even if they’re not supposed to 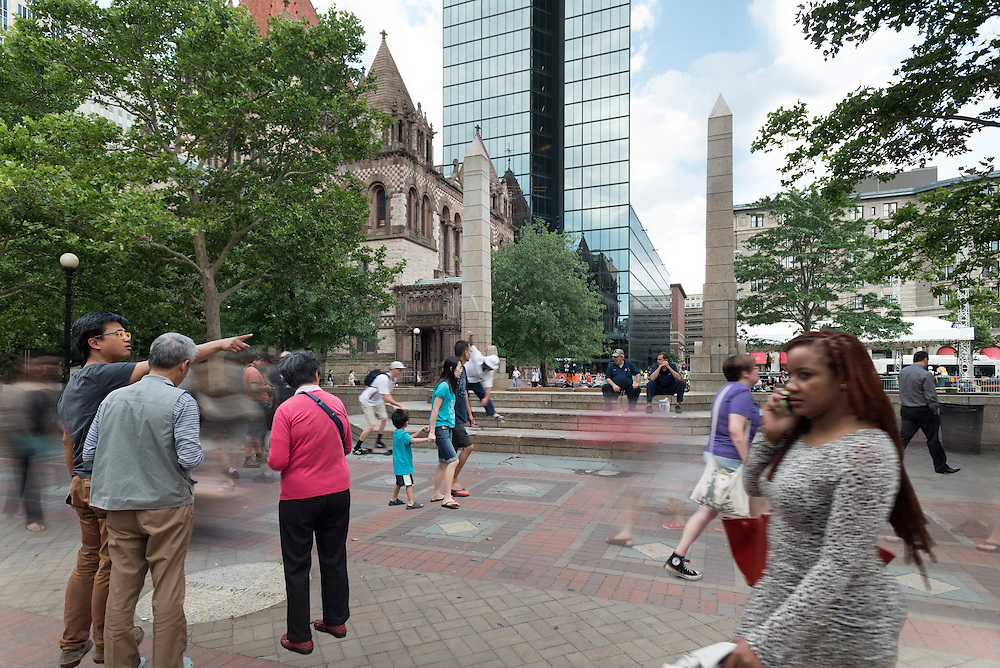