Going from left to right, you can see the Engine Three Firehouse, the former Cathedral Grammar School (with its own 1910 cornerstone visible) which closed in 2013, and the new 600 Harrison building being built. Behind the school sits the Cathedral of the Holy Cross. 600 Harrison, which will hold 160 rental apartments and ground floor retail space, will help provide steady income for the Cathedral. It’s being built on a parking lot the Cathedral owns and leased to a developer for 99 years. Independent of the 600 Harrison project, the Cathedral was able raise most of the $2 million dollars necessary for the renovation it is currently undergoing. Repointed stones, cleaned exterior walls, and scaffolding on the its front facing Washington Street attest to the improvements being made. Two months earlier five bells were installed from the nearby Holy Trinity German Catholic Church on Shawmut Ave. which was closed in 2008, sold, and is currently being turned into upscale condos. In the school, workers can be seen in the windows throwing debris into the dumpster. 200 Clarendon (formerly the Hancock Tower) can be seen just over the construction of 600 Harrison. Soon, it will be obscured, one of many Boston views that used to be. 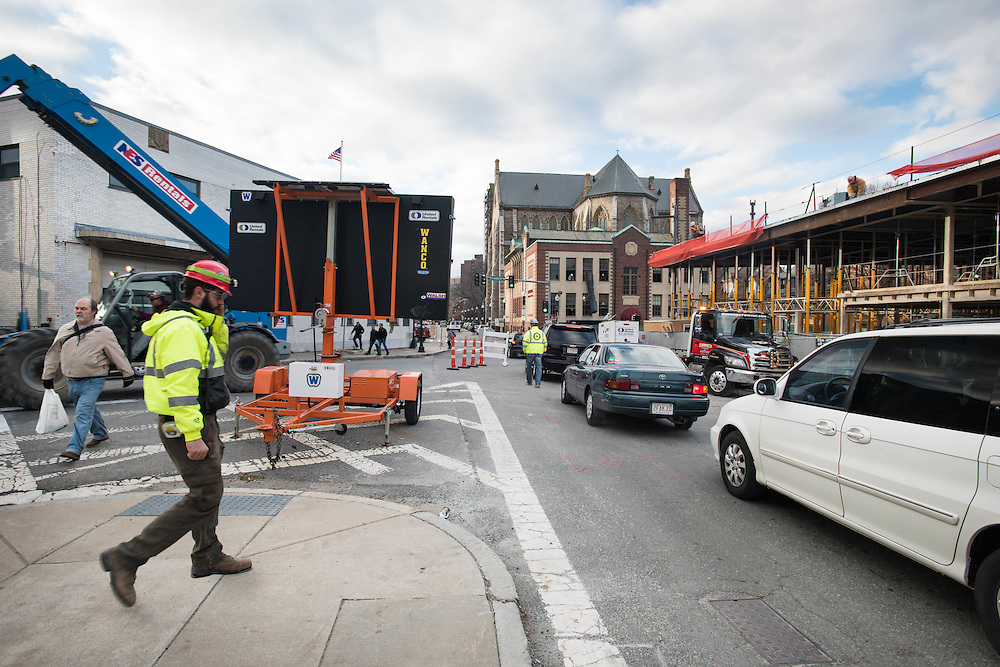