Here you see the InkBlock condos and shopping center rising up pinned between I90 behind the camera and I93 seen in the distance behind the blue glass of the One Ink building. In the foreground, children walk towards Chinatown across Herald street with Whole Foods bags.

This area of the South End used to be the New York Streets Neighborhood harkening back to a mid 19th century rail link between Boston and the Erie Canal. After becoming Boston’s first urban redevelopment district in 1955, the entire area was leveled leaving only Albany St. behind. The Boston Herald used to be on this corner but moved to Seaport District in January of 2012 leaving behind inspiration for the InkBlock’s name. Further down the block, you can see the anchor retail tenant Whole Foods new large store. Three buildings beyond that, you can see the white Quinzani’s Bakery building.

Only two weeks before this time collage was created, Quinzani’s announced it was closing due to gentrification and no one in the fourth generation wanting to take it over. Earlier in the year The Boston Flower Exchange announced it would sell its building on 500 Albany St. with plans uncertain if it will find a new location or simply disband. By year end, nearby Medieval Manor at 246 E. Berkeley St. would hold its final performance on New Years Eve 2015 before shuttering after 43 years in business. The InkBlock is bringing about the dense, residential urban living envisioned more than a half century earlier in 1955. I just doubt many even up to very recently could have predicted just how upscale it would be. 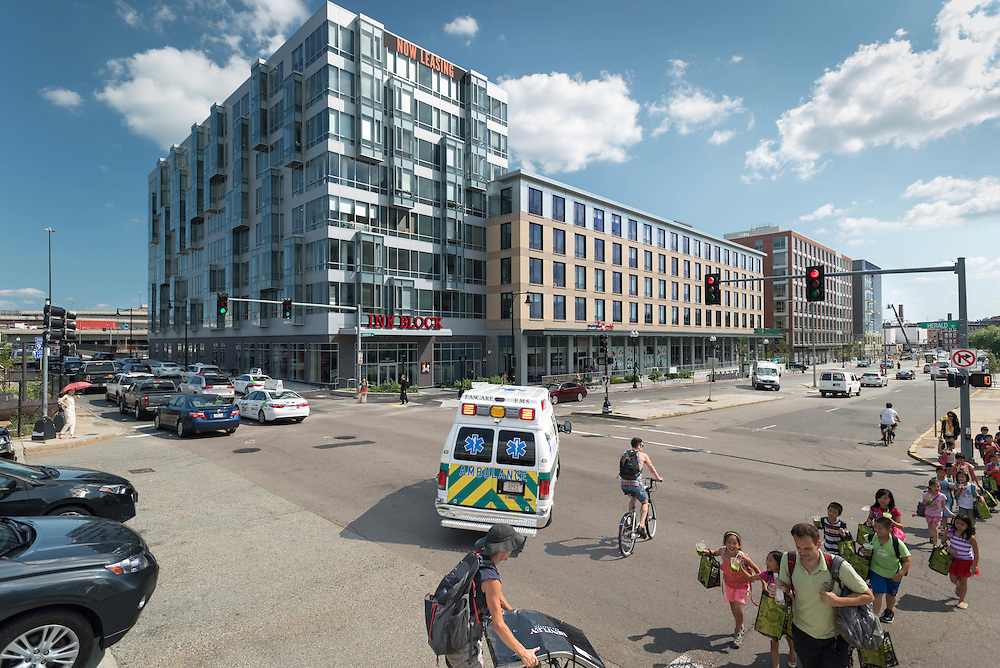